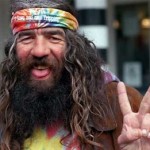 You can’t negoitate with eco-terrorists

THE RECENT release of the progress report on the last three years of the Sustainable Dairying Water Accord has sparked all the naysayers of the dairy industry into another series of spiteful attacks on farmers.

Granted, the report does highlight things that haven’t yet been achieved, but to be fair it doesn’t attempt to make excuses either.

The reality is that dairy farmers have had to retreat into survival mode during the past two seasons as, firstly, prices dropped dramatically, then nature weighed in with tough weather events. So fencing off wetlands probably wasn’t at the top of farmers’ priority lists.

And with the drop in payout has come retrenchment, with farm owners being compelled to operate with fewer staff and work longer and harder just to keep the banks at bay.

Amazingly, farmers have achieved much in mitigating harmful environmental effects on their properties. For example, those in the Horizons region have done this in the midst of a crisis about planning rules and policies, which have now turned to custard with the virtual collapse of the infamous One Plan.

Not even the farmers are saying everything is right, and they willingly acknowledge they have to do more to meet new standards. Sadly, they are not helped by some of their own who take a ‘she’ll be right’ or arrogant approach to environmental standards.

But let’s not forget there are rogue scientists, NGO advocates and others who are just as feral as the occasional farmer. Free speech is fine and no one disputes the right for everyone to have their say. But has this basic tenet of democracy been taken a step too far?

We are now hearing that dairy farmers’ children are being bullied at school. It seems the rhetoric of the anti-dairy lobby has found its way into influencing the behaviour of young people. This is disgusting, and likely prompted by the extreme views and sound bites.

All this goes to show that extreme language can have consequences that go way beyond reason. The anti-dairy lobbyists need to tone down their messages, or is that a mission impossible for them?