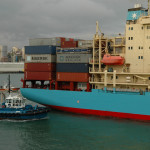 TRADE AND New Zealand’s position on it has been high on the agenda recently.

In mid-March the Government announced a refresh of the country’s trade agenda to increase our exporters’ competitiveness — the primary sector is a key player — in an increasingly challenging global trading environment.

The US derailing of the TPP and its retreat to a more isolationist stance under the Trump administration, the UK Brexit and a host of non-tariff barriers imposed by countries around the world are just some of these challenges.

Meanwhile, last week’s visit to NZ by China’s Premier Li and a trade delegation emphasises the importance of NZ’s burgeoning trading alliance with the Asian tiger. News that we will soon begin talks on upgrading our free trade agreement (FTA) with China and the first trial shipments of chilled meat to that country is great for NZ’s primary sector and our wider economy.

There appears to be a growing mood among some politicians and commentators – those trying to cash in on the populism of the Trump and Brexit movements – that trade, especially freer world trade, is dubious. That is not only wrong, it is dangerous and deceitful.

Trade is the lifeblood of NZ’s economy, and to truly grow and prosper we need to expand and develop our trading links with the world. Freer trade not only benefits exporters, it accounts for 60% of NZ’s economic activity – both imports and exports.

A freer, more open world economy not only secures NZ greater access to more markets and higher prices for our exports, it also enables us to enjoy a much wider range of goods and services than ever before.

At least 90% of NZ’s farm production is exported, making international trade crucial for Kiwi farmers’ livelihoods and vital for the whole economy. Given that NZ is the world’s twelth-largest trader of agricultural products (by value), the number one sheep meat and dairy exporter, and the number two wool exporter, all NZers should well understand that freer trade is not only fundamental, it is vital to our agricultural sector.

Agricultural exports continue to face major barriers worldwide, notably high tariffs, increasing use of non-tariff barriers and domestic subsidies. Efforts to reduce or eliminate these – as outlined in the new trade strategy — have never been more important.

The sheep and beef sector is our second-largest goods export income earner — at least $7.4 billion last year. This supported directly about 60,000 jobs on farms and in processing companies, and thousands more in other sectors in urban and rural communities.

Our largest goods export income earner is the dairy industry which, along with all NZ, would enjoy huge gains from the removal of trade barriers: a recent report by the NZ Institute of Economic Research says the NZ economy would gain about $1.3b annually from removing tariffs on dairy alone.