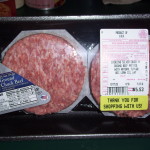 MANDATORY LABELLING of fruits and vegetables is back on the public agenda.

A recent joint survey, by Horticulture NZ and Consumer NZ, shows 70% of consumers want to know where their fruit and veges come from. Only 9% of those surveyed did not support mandatory country-of-origin labelling (CoOL).

Coinciding with the survey results is the drawing of a bill on mandatory labelling of fruits and vegetables, introduced to parliament by the Green Party.

Horticulture NZ chief executive Mike Chapman says the country’s 5500 commercial fruit and vegetable growers – along with Hort NZ – wanted to compile evidence to show the government that there is a need to follow other countries, including Australia, in CoOL labelling of fruit and vegetables.

Chapman says NZ law does not currently require the country of origin of fruit and vegetables to be disclosed to shoppers at the point of purchase.

“We want that to change.”

He is hoping the Green’s Consumers’ Right to Know (Country of Origin of Food) Bill before parliament will be voted through to a select committee, “so NZers can tell the government directly what they have told HortNZ in this survey”.

She says these survey results confirm strong public support for labelling and the results send a clear message to political parties that the law needs to change.

Chapman and Chetwin make good points. It is time for the government to have another look at mandatory country of origin labelling.

What is the problem with consumers knowing where the food they a buying comes from?

In fact, it sounds like a really cool idea.