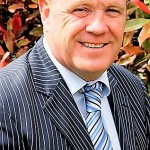 David is an adaptable, proactive and conscientious professional with more than 25 years experience in the communications, media relations and writing fields.

He can draw on a wide-ranging career and experience gained working and writing in the agribusiness, publishing, business, political as well as local and national government sectors.

Raised on the family farm in South Canterbury, a graduate of Lincoln University and a former Kellogg Scholar, David is lives on a lifestyle block at Otaio in Canterbury and is  a regular columnist and commentator in the rural and agribusiness media.

Some of his current and past work experience includes:

David has been instrumental in the development and delivery of successful communications strategies in both the public and private sector:

David has also developed strong stakeholder and community relationship skills, as well as a good understanding of lobbying and working the political process.

“During David’s time at Rodney District Council, the public profile of Council greatly improved, particularly due to his relationship with the print and radio media.  He also led the development of both an external and internal Communications Strategy and oversaw the introduction of e-consultation to the Council.”
Warren Maclennan, Former Assistant CE, Rodney District Council

“David certainly has a great understanding of the media and has strong
writing skills. He is very good at building strong working relationships quickly and was a valued member of the team”
Sue Foley, Corporate Affairs Manager, Westpac Bank, New Zealand

“David is an accomplished and experienced communications advisor – a great listener who always worked hard and willingly to achieve the objective. Plus he has a thinking man’s acerbic sense of humour!”
Blair Harkness, Former Communications Manager North Shore City Council

“If my doctor told me I had only six minutes to live, I wouldn’t brood. I’d type a little faster.” Isaac Asimov